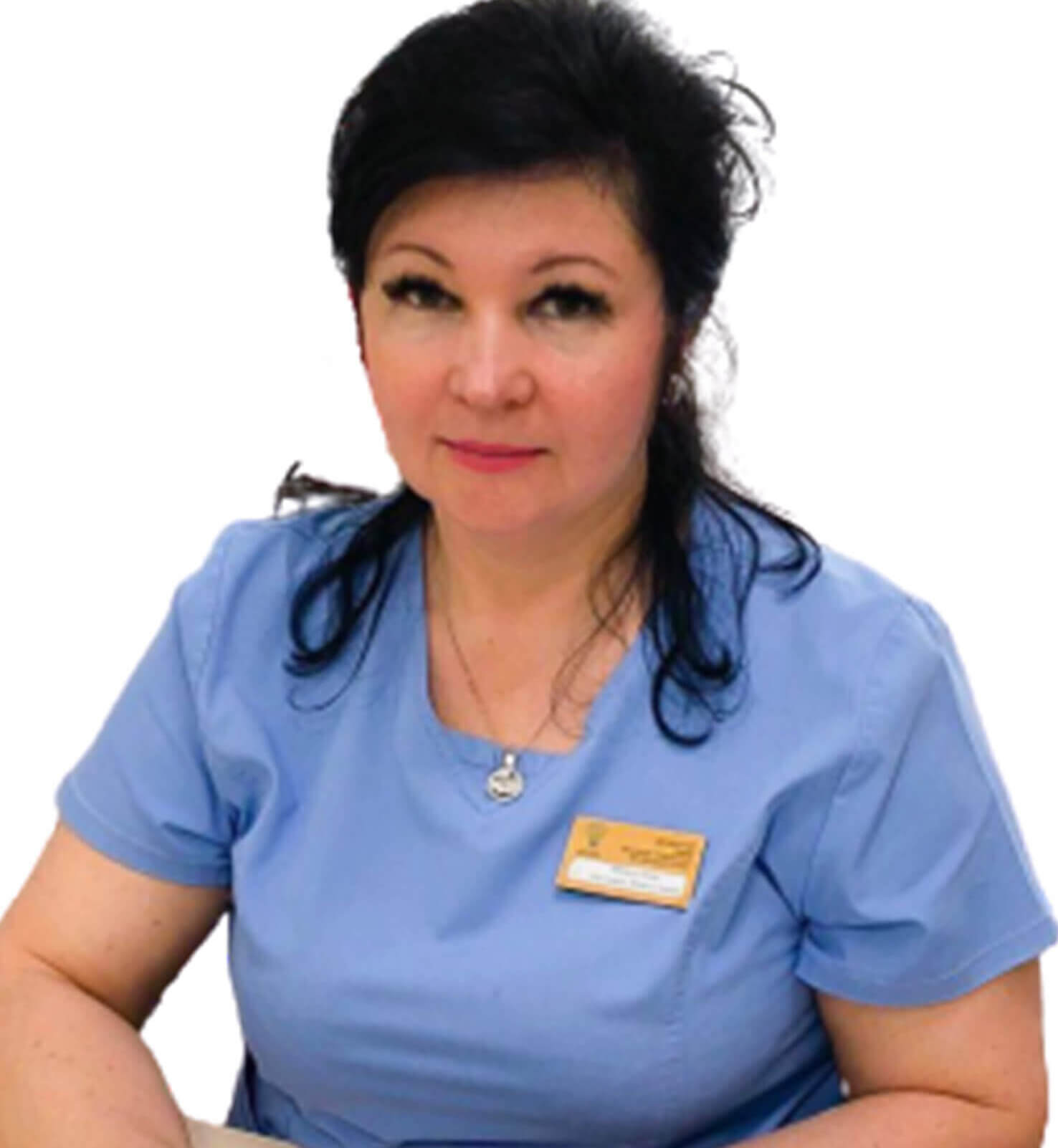 Aizyatulova Elmira Maksutovna
Director of the clinic
Doctor of Medical Sciences, Professor of the Obstetrics and Gynecology department, Donetsk National Medical University, reproductive physician, obstetrician-gynecologist of the highest category, chief specialist in the department of the reproductive health and family planning of the Health Department of the Donetsk Regional State Administration, member of the Ukrainian Association of Reproductologists Presidium, member of the European Association of Reproductologists
Get a doctor's consultation

Aizyatulova Elmira Maksutovna, born in 1964, graduated with honors from the M. Gorky Donetsk State Medical Institute. in 1989, specializing in general medicine. In the period from 1989 to 1990 completed an internship at the city clinical maternity hospital in Donetsk. From 1990 to 1992 worked as an obstetrician-gynecologist at Central City Hospital No. 3, from 1992 to 2001. - in the Donetsk regional center dedicated to the protection of mothers and children, from 2001 to 2015. - Obstetrician-gynecologist of the Ukrainian-French Medical Center "Semja + Ja" specialized in Human Reproductive Functions. For six years working as the chief physician of the center. In 2015, in the city of Sloviansk, she organized and opened the "Clinic of the reproductive medicine of Dr. Aizyatulova" - a medical center aimed at the treatment and diagnosis of diseases associated with reproductive dysfunction, regulation of conceiving, treatment of diseases of the reproductive system. In 2016, the Clinic received the honorary title of Entrepreneur of the Year.

In 2002 she defended her Ph.D. thesis on the topic "Diagnostics and treatment of hormonal disorders in women with infertility who have undergone chlamydial infection", received the candidate of medical sciences degree. In 2014 he was awarded the title of Senior Researcher in Obstetrics and Gynecology. In 2017, after defending his doctoral dissertation work on the topic "In vitro fertilization (IVF): personalized conduct; pathogenesis, diagnosis and prevention of complications”- she was awarded the Doctor of Medical Science degree.

During the period of work at DNMU Aizyatulova E.M. actively participated in the implementation of four research works, which were devoted to the reproductive function of women. Also, was a responsible executor of the state budget program "Pathogenetic mechanisms of complications and failures of assisting reproductive technologies and their prevention" (state registration No. 0110U007771, Date: 11.06.03 ).

Its main scientific direction is work aimed at increasing the efficiency of infertility treatment using assisting reproductive technologies, preventing and reducing complications and losses after in vitro fertilization, by developing and implementing prognostic, diagnostic, and prophylactic measures for women with infertility.

She has published over seventy scientific works, of which 3 publications were included in the  Scopus databases, 26 articles in publications approved by the Ministry of Education and Science of Ukraine; Aizyatulova is a co-author of 2 monographs, guidelines approved by the Ministry of Health of Ukraine, innovations; 5 declarative utility model patents.

Aizyatulova E.M. - Obstetrician-gynecologist of the highest category. Being the chief freelance specialist in reproductive health and family planning of the Health Department of the Donetsk Regional State Administration she performs a large amount of practical work and is one of the leading specialists in the region in the implementation and dissemination of the latest reproductive technologies, is a specialist who perfectly performs laparoscopic and hysteroscopic operations, ultrasound examination. The main focus of her medical work is the problem of infertility. Aizyatulova E.M. has treated more than a thousand women with various forms of infertility and other gynecological pathologies. She assisted with the majority of these patients using modern methods of assisted reproductive technologies. The medical activity of Aizyatulova E.M. is based on the active implementation of innovative technologies.

Aizyatulova E.M. follows the current trends in the development of medical science. She completed a specialized improvement course in laparoscopy and hysteroscopy at the International Center of Endoscopic Surgery (Clermont-Ferrand, France), specialized improvement courses "Diseases of the cervix", "Ultrasound diagnostics", a course on laparoscopy and hysteroscopy at the “Endofors” training center. Received a certificate confirming a high level of proficiency in English (B2). She is a member of the European ESHRE and the Ukrainian Association of Reproductologists and Embryologists, a permanent participant in scientific and practical International symposia, congresses, meetings, where she brilliantly presents the scientific and practical achievements.

For a significant contribution to the development and implementation of assisted reproductive technologies in Ukraine, conscientious work, many years of prolific work and high professionalism, high level of medical care for the population, she was awarded certificates of honor of the Ukrainian Association of Reproductive Medicine and the Executive Committee of the Donetsk City Council.

Aizyatulova E.M. constantly improves her professional level, over the years she has shown herself as a highly qualified specialist, mastered modern methods of scientific research, has a creative approach to the implementation of new methodological developments, conducts active scientific and methodological work with young scientists and doctors.
Site search