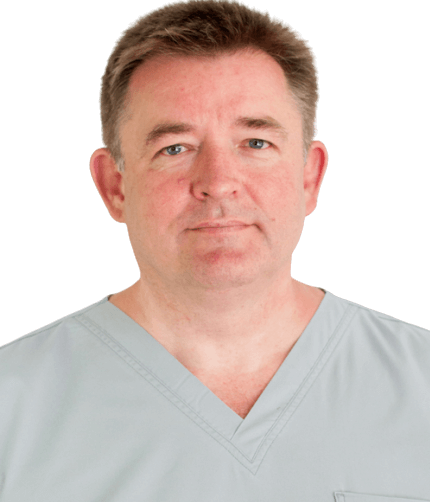 Bukhteev S.V. graduated from the M. Gorky Donetsk State Medical Institute in 1989. Completed an internship in oncosurgery. In 1989-2014 worked in the Donetsk regional antitumor center.

In 2003 he defended his Ph.D. thesis on "Reconstructive surgery on the colon after obstructive resections of the Hartmann type".

2014 to 2015 worked in the Dnepropetrovsk regional oncologic dispensary.

In 2015-2017 was an assistant at the Department of Oncology, Donetsk National Medical University.

From 2017 to the present, he has held the post of Director’s deputy of the Kharkiv Regional Oncology Center.
Site search